The Ukraine War is Personal – It’s Time to Respond

The war in Ukraine is personal for me. 22 years ago, my sister and her husband flew to Ukraine to adopt my nephew Trevor. He was a little baby desperate for love and attention and we were so thankful to welcome him into the Barnes family. And in the time since then, while the situation in the o…
By Seth Barnes
18 March 2022, 11:03 am
By Seth Barnes
18 March 2022, 11:03 am 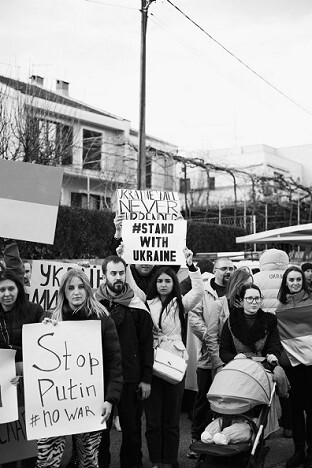 The war in Ukraine is personal for me. 22 years ago, my sister and her husband flew to Ukraine to adopt my nephew Trevor. He was a little baby desperate for love and attention and we were so thankful to welcome him into the Barnes family. And in the time since then, while the situation in the orphanages of Ukraine remains heartbreaking, it has been a joy to see Trevor grow.

When I first visited our team there in 2009, I saw a country still trying to find its way out of communism. In the years since, we’ve sent dozens of  World Race teams to Ukraine. They could see that too many children had been cast aside and wanted to make a difference in showing them the love they longed for.

The beginning of our long-term involvement in Ukraine can be traced all the way back to our first World Race squad leader, Clinton White.

In 2004 Clinton was a happily married youth minister in a Gulfport, Mississippi church. But in the following year, Clinton suffered twin tragedies. First his community was devastated by Hurricane Katrina. Many members of his congregation lost their homes.

Then in March, his wife, Kim unexpectedly died of cystic fibrosis.

The shock was devastating. Clinton and Kim did their best to talk through what his life would look like if the illness took her. She had told him, “Don’t give up on your dream of serving overseas!”

The World Race was the fulfillment of their mutual dream and the start of his journey to serve the orphans of Ukraine. Clinton founded Shade for Children, and has hosted numerous World Race teams. Allina Robie was one of many to have their lives impacted and, of course, has joined them in their efforts.

So now, as 3 million refugees are fleeing Ukraine, Clinton and Allina are in the middle of the rescue effort. AIM’s has a rich history of bringing aid to those suffering the trauma of crisis. And now, we are helping the people of Ukraine as well. We are sending aid and we have teams in other Eastern European countries who are preparing to help.

In Romania, we are working with our partners to minister to the many Ukrainian refugees flooding their nation. Simultaneously, we are talking to those who will volunteer in the future.

Those who have partnered with me in the past have seen how the church, the body of Christ, is a resource waiting to be mobilized. We not only can bring help in the short-term, but long-term help as well. You’ve seen my commitment to ensure that those we help get back on their feet. You’ve seen the difference that an activated body of Christ can make.

If the war in Ukraine is somehow more than a disturbing series of news reports for you, I encourage you to get out from behind your phone and do something. If you’re interested, let me know in the comment section or at this link and I’ll look for ways to get you engaged. You can make a difference – take a first step.