Why you and your spouse should travel the world together 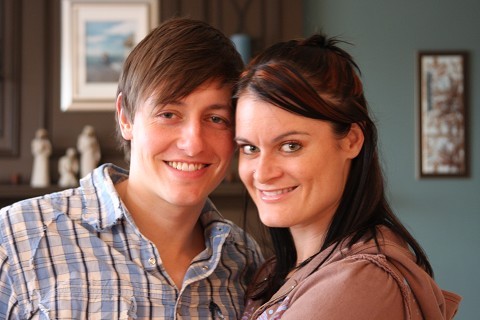 Why would married couples want to go on the World Race? At first consideration it might seem harder to go on the World Race as a married couple, because according to the world you have so much more to leave behind. We’ve been on cruise control to obtain the American Dream since our inauguration into adult-hood. Society places you on that path and to veer off course you must fight a battle of expectations. Here’s what Tara says:

My husband and I graduated High School, went to college (both college athletes), got married,  established great jobs, bought a house and two cars, and even got a puppy named Azure.
Next stop on the road to “success” would have been having children, which would have made both of our parents happy. But, something in us knew that there was so much more to life then the typical 9 to 5 job and the accumulation of possessions. In the end these belongings and expectations of who we should become just began to weigh us down.
We decided to trade all of these assets in for a life of simplicity. Why, you might ask? Because if you look at life with a completely different perspective and instead of thinking, “Oh, the things we will lose,” you say, “With nothing left in our hands, we have the most to gain.” We are free once again to pursue God’s dream for us, without anything or anyone tying us down to the ordinary and mundane. Too long we had been listening to the world’s ideals hoping that we would come alive as we trekked along the course everyone else had charted. But, I can say that even through four years of marriage, going to seminary and working for a church, we were not living life fully alive. We knew there was more.
We can’t think of a better opportunity than the World Race for us to live the radical and inspired life of adventure that we were created for. After letting all of these things go, there is freedom and now we have the opportunity to grab hold of what God intended for us all along. This is such an ideal opportunity for us as a married couple. We get to watch each other come fully alive and transformed. Not only will we take joy in what God is doing in us individually, but we will see the love of our life being changed into the likeness of Christ. We will be free to love each other without the world’s pressures getting in the way. And, not only that, but because we are married the World Race will impact our future children as well by the changes God inspires in us.

Tara’s second blog on the subject is also great.  Follow Tara and Josh via their blogs this next year. Maybe it’s time for you and your spouse to step out into the unknown to see what God has for you.  If so, consider the World Race. For a short inquiry form click here.