Women are the key to saving Swaziland 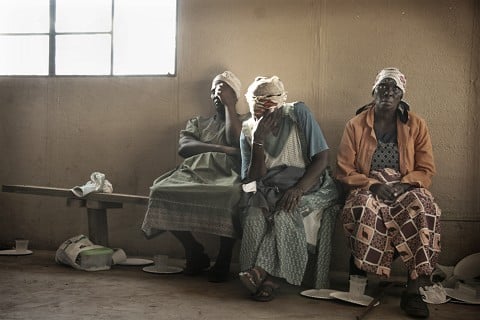 Every woman has a secret, something terrible that they have to live with.  An abuse, a slow, painful death they watched, a terrible choice they had to make.   And now, pain upon pain, a generation of parents has died. The grandmothers, children and assorted survivors slog on. People make the best of the business of dying. The pain gets suppressed and the grieving never gets done.
When I first began traveling to Swaziland in 2004, God spoke to me about all of this. I felt that he said, “Only the Swazi women can save their country.  The men have failed and are continuing to fail.  Swazi women have all that they need to create hope and the possibility of life.”
If women could learn ways to share their secrets with one another, men would be held accountable for their actions and would be forced to stop abusing women.  I asked God about it and he said, “The real gift that any American has for a Swazi is the gift of vulnerability, because so many have never seen what it’s like to share your deepest shame-producing secrets with other people.”

So the challenge becomes, how do you create a safe context in which women can share their secrets with one another?  All I could do as an American male was to share the dream with other women and hope they’d run with it.  It has to be a Swazi-led thing.  As a mission, we’ve taken a few stabs at it – we’ve done some retreats that gave me hope that the dream of setting women free could be realized.  But I never saw the reality of what God shared with me until a little over a week ago.

We scheduled an afternoon for women to talk about their issues. We wanted to help them create an atmosphere of openness.  It only took one courageous woman, a friend of mine named Debbie, to be completely vulnerable and honest with her story before the whole room wailed in anguish. God used Debbie in the way that he’d revealed to me was possible five years earlier.
Immediately following her testimony, a Gogo stood, cried, and shared that all her children have had to leave her home because her son will not stop coming to the house to beat them. She said she was scared for her life and the life of her kids. Many heart-rending stories followed.
Woman were set free on that day.  They gathered around one another and cried out to the Lord on behalf of each lady.  They laid hands on one another to heal hearts.They discovered that they are not alone and that it is okay to hurt. 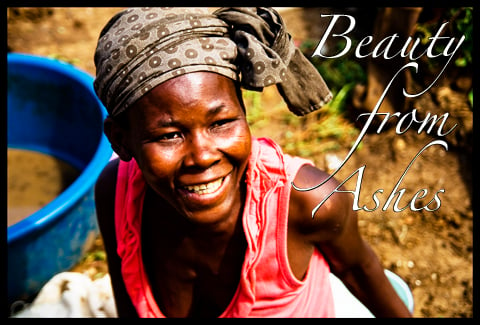 So, building on what happened, this weekend we’re sponsoring a women’s retreat we’re calling “Beauty from Ashes.”  As the Swazi women press into the pain we hope to encourage them to rally around one another. The dream is that they initiate a movement of Swazi women who discover the power of sharing their stories and begin to uncover generations of shame. Please be in prayer about it. I’ll give you a report later (see it here).