How I got involved in Swaziland 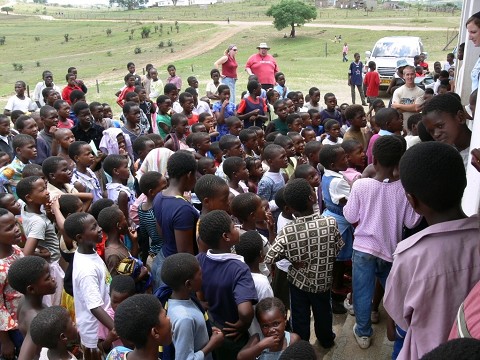 When the idea to take on the
worst AIDS problem in the world came, it required that I basically take a
sabbatical from my regular life.

It was
crazy, but I did it. And I could do it
because that’s the kind of crazy life-altering risk I ask others to take all
the time.

For a long time I had prayed
that God would use me to raise up a generation of radically committed
disciples. In 2004, He took me at my
word.

I was well aware of the plague
that AIDS is in Africa. Over 30
million people are living with a death sentence in southern Africa alone, as the virus claims more than 2.5 million lives annually.

So, that summer I led nearly
one thousand college students over a two-month period to conduct one-week
abstinence campaigns in every one of the 192 high schools in Swaziland. But it was one of the hardest things I ever
had to do. I began with no budget and no
staff and just five months to set up the massive project. Two U.S. colleges went with us, and one
of them was the most difficult group I’ve ever had to work with.

But
along the way, I met boys like Derek who after we’d gotten to know him, said,
“Hi, my name is Derek and I am 16 years-old.
I have really enjoyed the week you spent with us, sharing your message
of abstinence. I have been an orphan for
five years, and I have watched both my parents die of AIDS. I believe that your message is the answer to
this crisis. I live by myself in a shack
up in the hills. I haven’t eaten for
days now, and I am so hungry. Will you
please buy me food?”

When you look into the eyes
of boys like Derek and hear his heart-breaking story, you begin to understand
what it means to watch a country in the process of dying. And you understand why you laid it all on the
line.

It’s taken three years since
then, but we’re finally beginning to get some traction in Swaziland. Maybe in 20 years, if we’re faithful, we can
help a generation of Swazis save their country from the jaws of the worst
pandemic in the history of mankind.

Tomorrow – how Swaziland pushed my faith to the limit.